We will be closing our office on Monday 19th September for the upcoming bank holiday to mark Queen Elizabeth II’s passing. If you have any urgent queries you can contact us on 07970 748019

At Blue Lion Training Academy, we provide apprenticeships in the Management, Marketing and Media pathways. This month, we are highlighting the Marketing pathway.

The Marketing pathway, which falls under the Sales marketing and procurement occupational map on the iFATE website, contains 3 of our apprenticeships:

Once again, these apprenticeships can be grouped into 3 distinct levels of qualifications:

These levels of occupations are progressive, with apprentices having the opportunity to work through a ‘technical’ and ‘higher technical’ occupation to reach a ‘professional’ occupation. This is a great way to gain experience whilst simultaneously learning which is beneficial for when you climb the corporate ladder.

With the Marketing pathway apprenticeships available at Blue Lion Training Academy, our training will set you up to implement your learning into your work, helping prepare you for your EPA and set you up to move onto a higher qualification and apprenticeship. 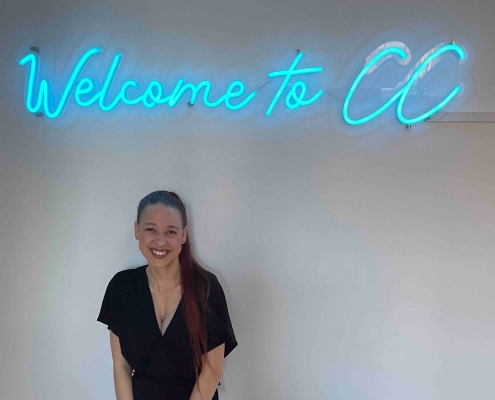 “During my course I have learnt a variety of skills such as how to communicate with contacts such as journalists and other business representatives. I have really been enjoying my apprenticeship, I have had amazing support from the Blue Lion Training Academy team and couldn’t ask for a better environment to work in. My time during my course has been amazing and something I will never forget.” 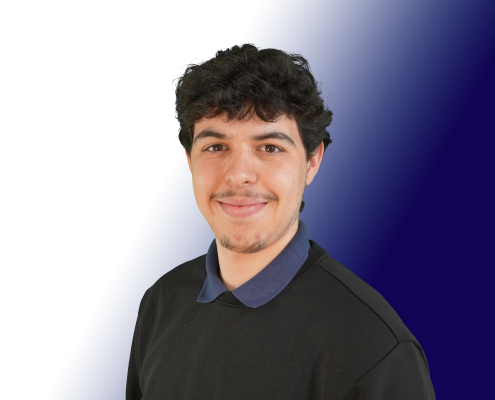 “Throughout my apprenticeship, I have been supported which has helped elevate my learning even further. I have already learnt so much, applying my new skills and knowledge to my role. The training process is very straightforward and benefits me as I am able to learn, and apply, something new each week. So far it has been fantastic and I am looking forward to what’s to come in future modules.”

We would like to welcome our new UNIPART RAIL apprentices who will be joining our Level 4 Improvement Practitioner apprenticeship. 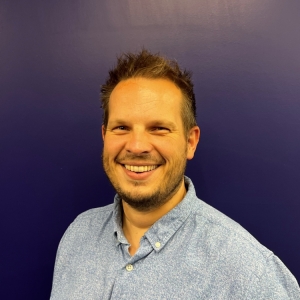 Say hello to our new Head of Business Development, Mark!

Mark has worked in business development for over 20 years and has been in the Education sector since 2019, working for GP Strategies and Total People as a BDM. He has experience advising Levy and Non Levy clients on how apprenticeships can benefit a business and fill any skills gaps. Mark has a vast experience advocating apprenticeships to a range of organisations and industries.

As a massive believer for apprenticeships, having started on a YTS himself, Mark is looking forward to getting started and been part of the Blue Lion family who wants to make a real difference! 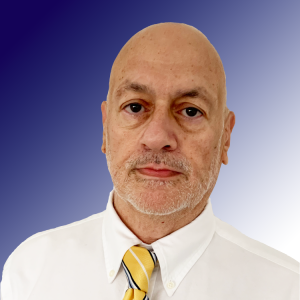 John’s roles and responsibilities involve monitoring all our Policies and Procedures, updating them where needed, overseeing the Self-Assessment Reports (SAR) and Quality Improvement Plan (QIP). He is also the Ofsted nominee. With over 20 years of experience, John has had various roles in the AEB and Apprenticeships industry, with some of his previous roles being Head of Quality and Operations Manager.

The recording studio is now open!

The brand-new state of the art recording studio, located on the 1st Floor, 13 Mallard Way, is now officially open.

Supporting our Level 4 Assistant Recording Technician apprenticeship, apprentices have access to a great learning environment to apply their learning. The studio allows your apprentices to book in a slot with their tutor to be given hands on training with state of the art equipment and software.

If you are interested in employing a Level 4 Assistant Recording Technician, contact us on 01332 738 625 or email us on info@bluelionta.com. Learn more about our creative apprenticeships here.

As apprentices come to the end of their apprenticeships, preparations for EPA are starting to take place. So, congratulations to:

And Good Luck to all our apprentices who about to start their End Point Assessments (EPAs).

A big thank you to all our tutors for preparing our apprentices for their EPAs.

A huge congratulations to the following for passing their Highfields exams:

Out of 45 training providers using Bud, Blue Lion Training Academy ranked first for learner engagement during the month of August! An incredible achievement and a massive congratulations to all our learners, and staff, for your incredible work!

On Bud, tasks are set consecutively with due dates staggered to reaffirm the need for apprentices to complete 1 task at least every 4 weeks. This will help you have a structured learning process, keeping that balance between learning and working. We recommend you keep on top of your Learning Plan throughout your apprenticeship to avoid getting overflooded with content and work in large clumps.

We have listed some techniques to help if you are struggling to create and maintain a consistent drumbeat of work. You could:

Ultimately, you have to find a structure and process that suits you. Try out a few different techniques and find the one that suits you best and try to maintain it.

What is ‘Time Management’ and ‘Change Management’? Time management refers to the process of planning and executing the control of time spent on various activities with the aim of being the most effective one can be. Change management is all about how individuals, groups, and organisations prepare, plan, support and execute organisational change. Managing both of these can help you become more streamlined and leaner, eliminating the amount of waste within your organisation.

But how can you improve your time and change management? Here are a few tips and tricks to help you maintain an effective strategy to gain the most out of your organisation’s and your time: 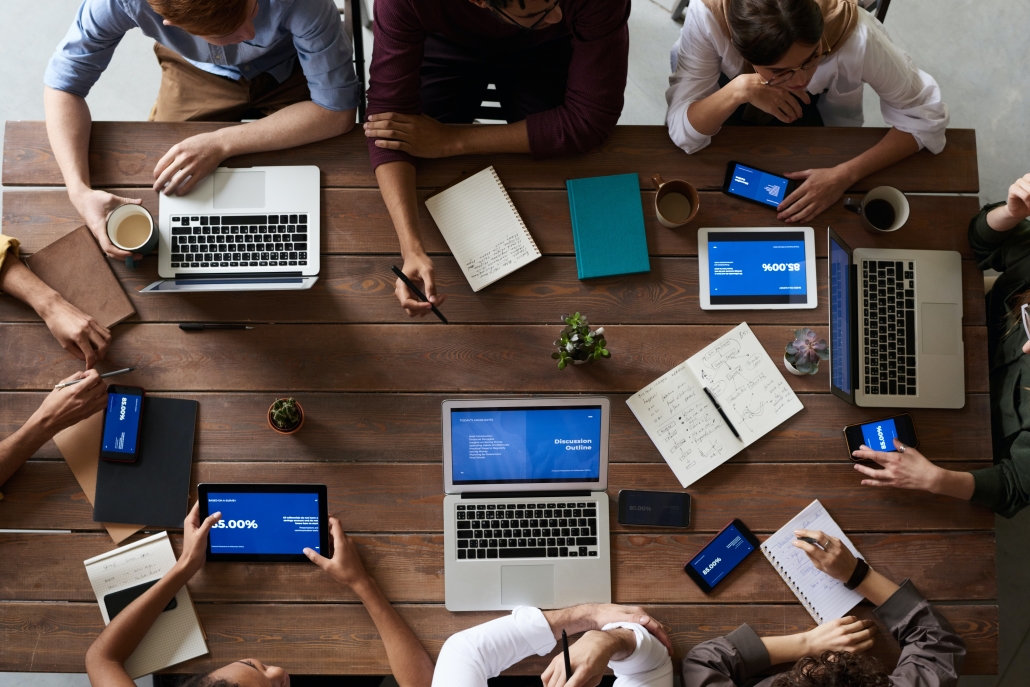 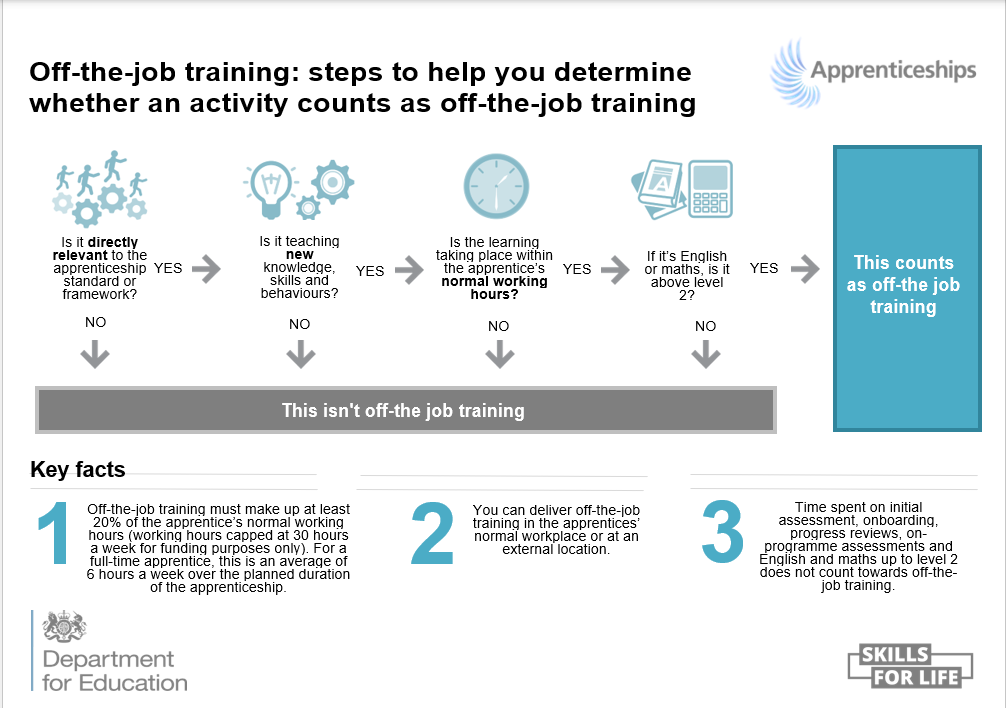 Prevent is a safeguarding programme with an aim to support those who may be vulnerable to radicalisation, helping ‘prevent’ people from being drawn into terrorist activities and organisations. Prevent addresses all forms of terrorism, ensuring all resources and efforts are allocated on the basis of threats to our national security.

Prevent is part of CONTEST – the Governments counter-terrorism strategy. The aim of this strategy is to reduce the risk of the UK from terrorism, so that people can go about their lives freely and with confidence. Read more about the CONTEST strategy here.

The Home Office have issued brand new Prevent awareness and referrals courses on the new Prevent eLearning service “Prevent Duty Training: Learn how to support people vulnerable to radicalisation” which is now in public beta. These new courses are designed to equip you with inclusive, unbiased, and reliable information giving you the knowledge and confidence to support and safeguard those around you & the general public against radicalisation. Some of our learners may have already covered Prevent on their apprenticeship and this is a great opportunity to further your knowledge on the subject.

The new service is in the GOV.UK style, fully accessible, includes two new animations and two new real-life case studies focusing on Islamist and extreme-right wing behaviours. Be sure to share this to your colleagues, with feedback welcome. Should you have any questions, contact prevent.training@homeoffice.gov.uk.

There’s a handy new GOV.UK page for Prevent which includes:

The votes are in! 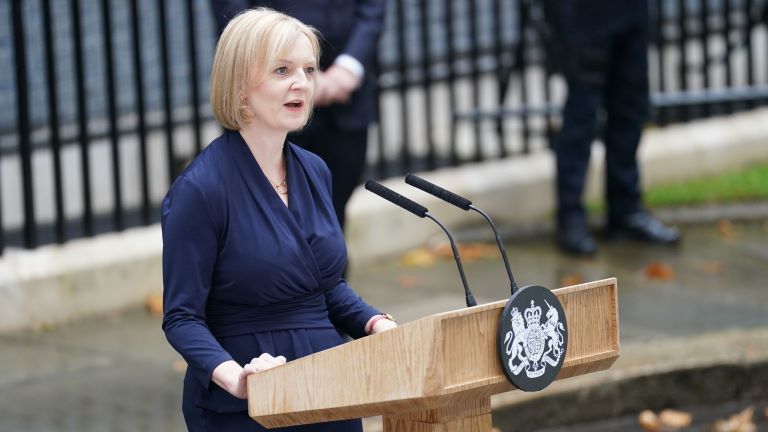 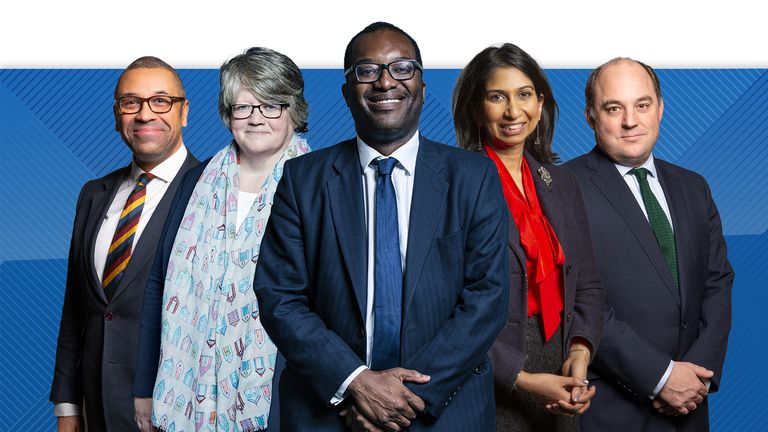 Congratulations to Liz Truss on becoming the third female prime minister for Great Britain. With her appointment, there has been a cabinet reshuffle:

The new government cabinet is one of the most diverse on record. An amazing representation of Equality, Diversity, and Inclusion.

October marks the annual month-long celebration of Black History Month. Throughout the month, there will be national celebrations and events to honour the accomplishments of Black Britons throughout history. This year’s theme is “Time for Change: Actions not Words.”

This year’s theme is all about showing support to overcome the national challenges of racism and ensure real change. If you see something, say something, no matter where or when. It is an opportunity for everyone to learn about the history and Black community while also making strides to eradicate the inequality in the UK. 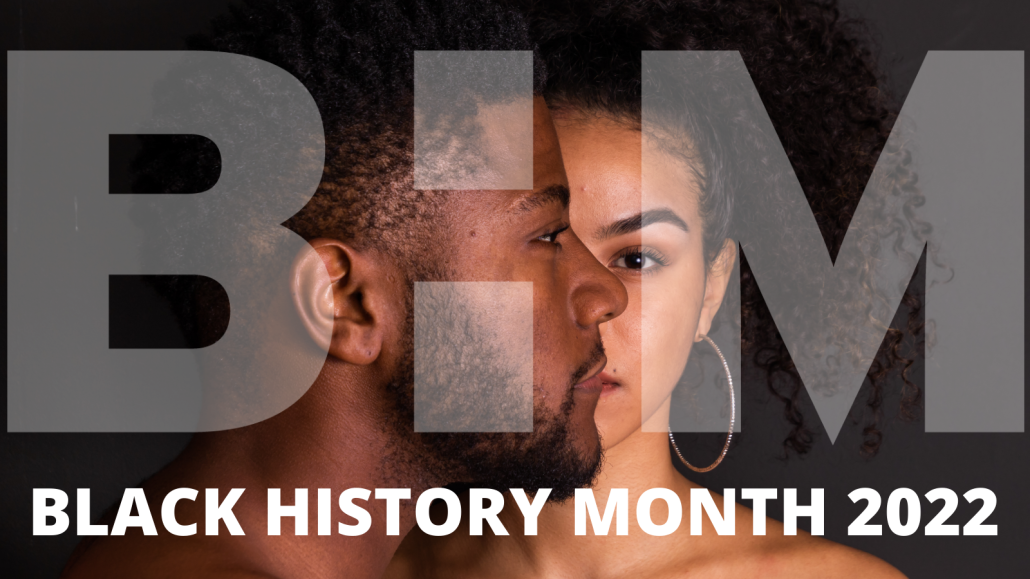 A history of Black History Month

The first Black History Week, in the USA, was founded by Carter G Woodson back in 1926. He worked to promote the history of Black people in schools and wider society throughout his life and started was we now celebrate today.

Black History Month was then expanded throughout the USA and first took place in 1970. It was held at Kent State University and, for the first few years, mainly took place in education establishments, especially those with a high proportion of African American students.

It wasn’t until 1976 that the then President of the United States, Gerald Ford, acknowledged the awareness months and urged Americans to “honour the too-often neglected accomplishments of Black Americans in every area of endeavour throughout our history.”

It was until 1987 that the first Black History Month was celebrated in the UK. Initiated by Ghanaian-born Akyaaba Addai-Sebo, who decided to tackle “the identity crisis that Black children faced” in 1980s Great Britain.

When BHM was first set up in the UK, there was a huge focus on Black American history, but the spotlight has now shifted to focus on local Black British history and key figures from the UK. Since then, the month of October has been used to celebrate Black British greatness.

Our mission is to Involve, Improve & Inspire adult learners to unlock their true potential in a way that benefits their organisation and helps bridge the gap between left and right brain thinking through learning pathways in Management, Marketing, and Media as an alternative to university & corporate training. Click the button to learn more. 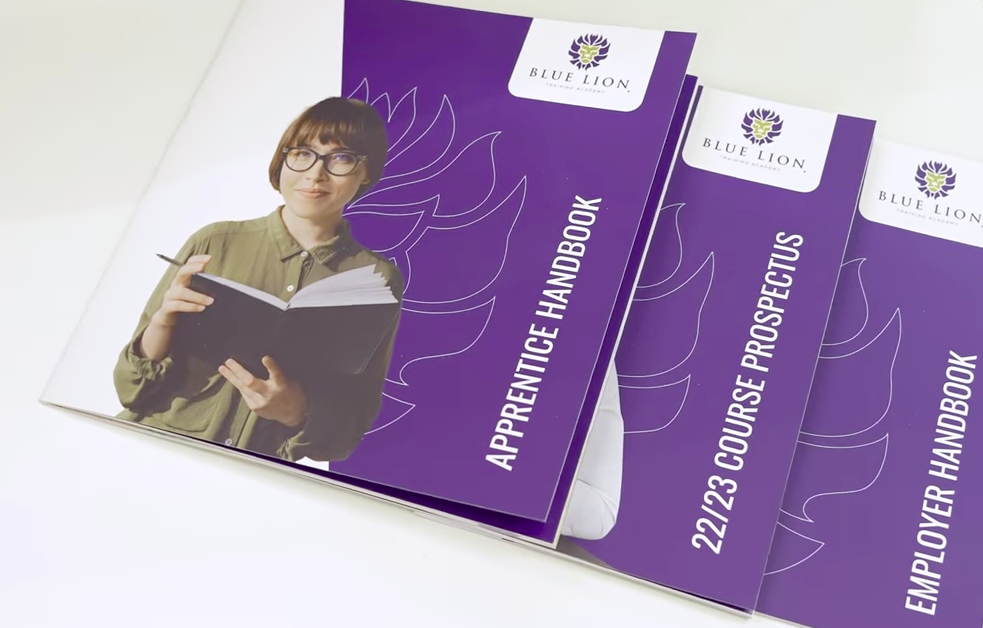 WANT TO LEARN MORE ABOUT WHAT WE DO? READ THROUGH OUR HANDBOOKS, AVAILABLE ON WEBSITE.

Got an idea or topic you want mentioned? Email us at marketing@bluelionta.com and you may just see it in next month’s letter.